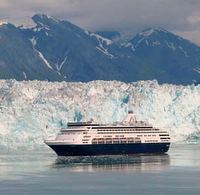 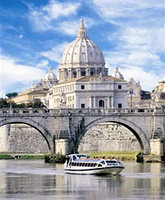 Traveling to Europe in the summer is a bit akin to being a cow in a cattle drive. The herds of masses obligingly travel from one old church to another with the occasional stop at a famous landmark for a picture or two. Not that there is anything wrong with this. Europe is a wonderful continent with no shortages of beautiful sights, but to go there in the summer months is to know the true meaning of an overpopulated world.

One way around this is to travel during the off-season. ... [read more] 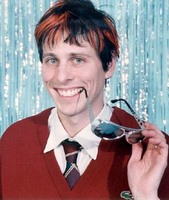 Some people are Francophiles and others are Anglophiles. What about people who are lovers of lovers? Are we philephiles?

Word musings aside, if you are an Anglophile or simply have a desire to visit the British Isles I have found the perfect cruise for you. Celebrity Cruises have sunk a lot of money into renovating the Century and they want to show it off in style. They are offering a nine-day cruise of the British Isles.

You might be thinking that the British Isles are small and that it would ... [read more]

Compared to other types of vacations, cruises are usually very, very reasonable. It never ceases to amaze that you can travel on a cruise for as low as $50 per night and that price includes food you don’t have to cook and a bed that you don’t have to make. It makes you wonder if you could live cheaper permanently on a cruise than you do at home. Perhaps.

One of the hidden costs of a cruise is getting there. Unless you live near the port from which the ship ... [read more] 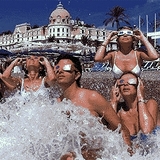 There is something about Europe that just feels different. The minute you step off a cross-Atlantic air trip and step foot on the continent you feel like you are in another part of the world. At the same time, Europe is also familiar. It has its lovely towns, bustling cities and historic cultures, but none of this leaves you feel like you are visiting Mars. Europe is both different and familiar.

Europe is also wonderful, especially if you can take the time to explore some of its southern areas. Celebrity Cruises has ... [read more]

While I have never personally had an aqua spa experience, I can safely safe that it does not suck. In fact, I am willing to wager that receiving a spa treatment that involves soothing water and the purifying on the skin is probably heaven on earth. Make that heaven on sea.

Celebrity Cruises is offering up a free Aqua Spa Experience when you book an oceanview stateroom or above on its 7-night cruises of Alaska and Hubbard Glacier. With or without the watery spa goodness, this is a cruise that ... [read more]

Celebrity Cruises has a reputation for delivering high-quality cruises. As a result, there cruises are often more expensive than their competitors. That is not the case for this 5-night Western Caribbean cruise aboard the Century. At $60/night for an Oceanview cabin, you would think that you would be cruising on one of those hulking ships that are lucky to still be afloat after all the rust they have accumulated over the years.

The Century is neither rusting nor in danger of sinking. It is a modern vessel with all the bells and ... [read more] 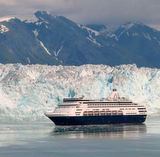 For the first post of the New Year on our newly revamped and splendid looking corner of cyberspace, I am proud to offer you a glimpse at what I think is one of the better 10-day Southern Caribbean cruises in this universe. The voyage takes place aboard the mighty Galaxy, a ship operated by Celebrity Cruises.

Close your eyes and picture yourself starting off the journey in San Juan, Puerto Rico, a bustling city that is both foreign and familiar. From there you head on down the water road to a ... [read more]

There is romance and elegance, when you step aboard Zenith. Enjoy the original artwork that graces the walls or a day luxuriating in AquaSpa. Polished banisters shimmer in the sunlight. A lounge chair on the Marina Deck beckons you to indulge in a pensive moment. Classic style, the trademark of Celebrity’s Zenith.

Search for a Celebrity Zenith Cruise

Millennium redefines the term lavish. From the moment you descend the onyx staircase in the Grand Foyer, this luxurious cruise liner will astound you. Savor a pastry in the Cova CafÃ© Milano. Indulge in champagne and caviar in The Platinum Club. Spend the afternoon in an exotic herbal steam bath in our AquaSpa. And, as always, relish the superior cuisine of Master Chef Michel Roux.

Search for a Celebrity Millennium Cruise

Come aboard a vessel shimmering in elegance and grandeur. Mercury will be your host for delightful dining and creative relaxation. She has ten decks, each featuring an exciting facet of Celebrity’s signature staterooms, suites and clubs. Expect the finest when you cruise on Mercury.

Search for a Celebrity Mercury Cruise

From the Grand Foyer to the premiere dining restaurant, The SS United States, every aspect of the Infinity is magnificent. Every grand deck is lavishly finished in wood and marble, etched glass and polished granite. Original works of art are on exhibit throughout the ship. You will find spacious staterooms and opulent suites complete with verandas. Infinity’s very reason for being is simply to indulge and pamper you.

Search for a Celebrity Infinity Cruise

A dazzling Broadway-style show is taking place on the Fantasy Deck. A private corner is reserved for you in the Martini Bar. The drama of Celebrity style is everywhere on Horizon. Have a seat in one of Celebrity’s signature clubs, and cafes. Make a toast to the good life in one of our savvy, cosmopolitan lounges. Only on Celebrity.

Search for a Celebrity Horizon Cruise

Take a sunbath on the Sky Deck. Meet Your friends at Rendez-vous Square on the Promenade Deck. The imagination and skill of some of the world’s most accomplished architects and designers are evident wherever you are on Galaxy.

Search for a Celebrity Galaxy Cruise

A spectacular experience throughout, Celebrity Constellation offers the impeccable service and exceptional amenities of a grand hotel, along with a voyage you’ll never forget. This vessel features our AquaSpaSM, Michael’s Club and Cova CafÃ© Milano — to name just a few of the features designed to indulge you, pamper you and exceed your every expectation.

Search for a Celebrity Constellation Cruise

Search for a Celebrity Century Cruise

A spectacular experience throughout, Celebrity Summit offers the impeccable service and exceptional amenities of a grand hotel, along with a voyage you’ll never forget. This vessel features our AquaSpaSM, Michael’s Club and Cova CafÃ© Milano — to name just a few of the features designed to indulge you, pamper you and exceed your every expectation.

Search for a Celebrity Summit Cruise