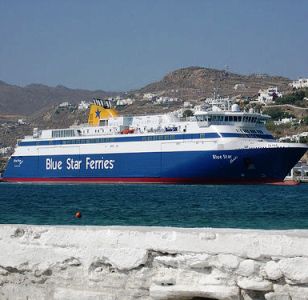 What would qualify for a romantic escape? A week on a hidden island in the Caribbean? Or maybe hiding on one of the romantic Greek islands , while sipping a red wine in the dim candlelight.

If you are like me, the idea of a romantic escape will have to combine the hustle and bustle of large cities such as Athens, Rome, London, or New York with the laid back atmosphere of a forgotten paradise island. There is something interesting when you switch from a fast paced city to a lazy island retreat.

For others, choosing one o the boat trips around the world is an excellent way to plan a romantic getaway. Those who want everything to be booked and handled by others and don’t care much about sightseeing will definitely enjoy such a vacation.

But if you are more adventurous than that, you can start with booking Greek ferry tickets online and then plan to stay on various islands for several days. The ferries link the large, popular islands, with the more secluded ones, so it’s not hard to combine the bustle of Mykonos with the laid back atmosphere of Kalymnos, for example.

Do remember thought that many ferries run only during the summer season; typically the number of connections increases right before Easter. And try to avoid traveling in mid-August when everything is fully booked and the prices are at their highest.

If your budget allows it, you can also consider renting a yacht for a week or two and enjoy island hopping at your own pace. Both the islands in the Mediterranean and in the Aegean Seas are worth your time and money.