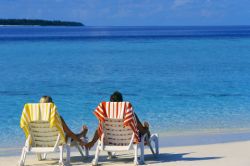 When I recently read about a new string of murders in the Mexican border city of Juarez and then saw an article about how new murders break the 2008 record in Mexico, I couldn’t help but think about all the bad press our neighbors to the south have been getting lately. Between failed plane high-jackings, drug wars in the border towns and Swine Flu, Mexico has certainly had it’s fair share of negative news this year. In an already suffering travel year, it’s not hard to imagine that all this ... [read more] 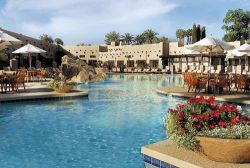 As more of an independent, backpacker type of traveler, I have to admit that I have never actually been on an all-inclusive vacation. They just never really had all that much appeal. That being said, as a bargain hunter and lover of cheap travel and good deals, even I have been tempted by some of the outrageously low prices on all-inclusive vacations lately. Apparently hurricane season and a bad economy make for some awesome opportunities for huge savings, and with some all-inclusive deals as low as $629 in Aruba, I am hard ... [read more]