3 of the Best Cruises leaving Sydney in 2013 [Sponsored Post]

This post is brought to you by CruiseAbout.com.au. For more information on sponsored posts read here. 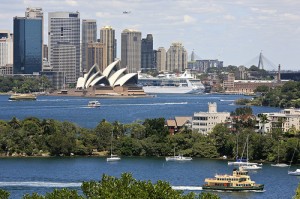 Sydney is a beautiful, vibrant city and one of the best ports in Australia. With such a vast range of cruise ships departing from Sydney daily, it is hard to choose only the 3 best cruises. The most popular destinations visited from Sydney are the South Pacific, New Zealand and the Australian coastline. Whether you are an international visitor, or call Australia home, a cruise is ... [read more] 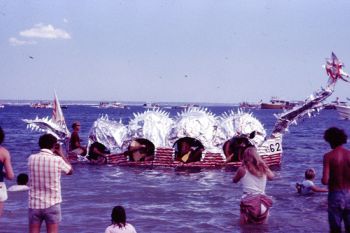 Booking a vacation package to Australia, especially when you’re traveling from North America, definitely makes life easier. It’s on the other side of the world, and although there isn’t a language barrier for English speakers, it’s still much simpler to book a package trip and not have to worry about doing a bunch of travel research. Until, that is, you stumble upon an article about crazy sporting festivals around the world and you find yourself mesmerized by videos of a bog snorkeling championship ... [read more]


Cheap Flights to Australia and New Zealand via Tahiti 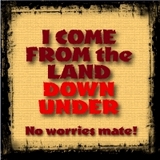 Here is an excellent deal for anyone who have ever dreamed of visiting Australia or New Zealand or for those who have been to those countries and who want to go back. Air Tahiti Nui yes, it is a legitimate airline with planes that have two wings and all that is offering up round-trip flights to Sydney, Australia and Auckland, New Zealand this February, March, and April from New York JFK for less than $1,000.

If that doesn’t tempt you enough, the flights also allow for you to ... [read more]

Sydney, Australia began its life as a penal colony and the famous district came to be known as “The Rocks”. Located in the southeastern state of New South Wales, it is the foundation place of Sydney and colonial Australia’s most significant historical site. Today, the penal colonies have been replaced: by restaurants, museums, parks, and business and economic epicenters. With a very well-developed tourist infastructure, travelers from all over the world are heading down under to Australia’s largest city. The accent is infamous, crazy Oxford Street legendary, and the shopping some ... [read more]