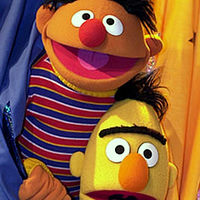 It is almost impossible to believe that at one time Sesame Street was viewed as being a terrible thing. Back when the show first started many parents and educators believed that it was the beginning of the end. They thought it would warp children’s minds and lead to a society full of walking zombies. How wrong they were. The show has helped to teach millions of children to read, count and to believe in a talking giant bird.

If your children are at an age where Sesame Street fills them with joy you might want ... [read more]