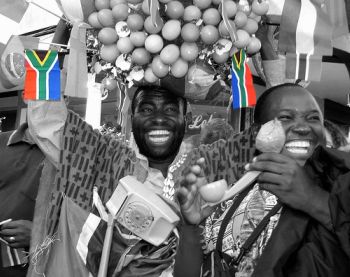 You don’t have to be a huge fan of soccer to know that World Cup 2010 is right around the corner. And you don’t even have to have tickets to any of the games to think that a trip to South Africa during the tournament would be interesting. It’s the world’s most popular sporting event, and draws hundreds of thousands of spectators from all over the world – so travelers get to visit another country and experience several other cultures at the same time just by hanging around the fan villages with all the other visitors.

Although savvy travelers would have booked their trips a year ago, there are still ways you can travel to the World Cup if you’re so inclined. Tickets to the games may be hard to come by, unless you take your chances with scalpers outside the stadiums, but another option is to look for World Cup package trips that have tickets included as part of the package. It’s likely to cost you a bit more, but if going to the games is important to you then it’s probably worth it.

If going to the games isn’t as big of a deal to you and you’re just interested in soaking up the atmosphere of the fan villages, going on a safari, and generally enjoying the sight-seeing in South Africa, then there are World Cup travel packages available to suit you, too. They’ll include things like airfare and hotel stays in the various host cities for the tournament, and may include transportation and some meals – but won’t include tickets to the games. Because they don’t include tickets to the games, they’re also likely to be less expensive overall. 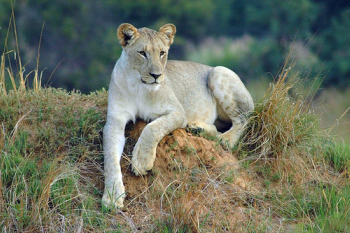 Whether you’re planning to go to any of the games or not, one thing to keep in mind when you’re traveling to the World Cup – or any massive festival or event – is safety. This isn’t about South Africa in particular, although there have been news stories about whether the country can ensure the safety of visitors – instead, it’s just about being the kind of traveler who doesn’t look like (and therefore doesn’t become) a victim. Walking around with a big, expensive camera casually slung over one shoulder in a crowded area is a no-no. Leaving your backpack partially open behind you as you stroll through a market? Bad idea. Wearing a money belt outside your clothes fanny-pack-style is both an invitation to thieves and thoroughly dorky-looking.

One thing even the smartest travelers may not think of, however, is the security of the bank machines you’re using to get money during your trip. Unfortunately, devices like ATM skimmers are on the rise, and if you aren’t paying attention you can have your card information swiped without realizing it. This can happen in your own home town, to be sure, but it can also be easier to spot weird changes to your bank’s cash machine than it can be to notice differences on an ATM you’re not familiar with in a foreign country. So before you set off for South Africa – or anywhere, really – learn more about what to look for to protect yourself from ATM skimmers.