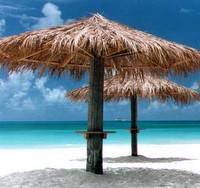 Here is your trivial fact for the week. Saint Maarten is the smallest island in the world to ever be partitioned between two nations. The tiny Caribbean island is just 38 square miles and is split in half between the Dutch and the French (who call it Saint-Martin). The island is home to 71,000 people, making it one of the most densely populated places in the world. It also attracts more than 1 million tourists each year.

The reason that so many people are drawn to so small a place becomes apparent the minute you step foot on Saint Maarten. It is beautiful. Named in honor of Saint Martin of Tours by Christopher Columbus, Saint Marteen was divided in 1648 and has lived peacefully ever since. If only the rest of the world worked so well!

There is a distinct flavor to both the Dutch and the French side, but it doesn’t matter where you go the island is stunning and the people are wonderful. You can get a taste of Saint Marten as part of a seven-day tour aboard Carnival Cruise Lines Valor. The cruise also pays a visit to Saint Thomas in the US Virgin Islands, which is the birthplace of the actor Kelsey Grammer (your second piece of silly trivia for the week).