Home » Travel Deals » A Mancation? Has it really come to this?

A Mancation? Has it really come to this? 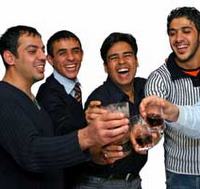 Perhaps it will be the indelible legacy of the 21st Century. No, not the Internet or artificial sugar made from real sugar. What I am talking about is our modern custom of combing two disparate words into one. For example, did you know that you can combine crud and nuts to come up with “crust”? You can also do it with spiffy and terrific so that it is “spifirific”. But did you know that there is something now known as a “mancation’? Tis true. If you are a man and you go on vacation to do manly things you are taking a mancation.

Personally I think it is kind of stilly. Stupid and silly, of course.

Home » Travel Deals » A Mancation? Has it really come to this?